Praised for his “uncommonly expressive and detailed” performances by the Miami Herald and described as an “eloquent and decisive” conductor by The Wall Street Journal, Steven Jarvi is recognized as one of America's fastest rising conductors with an equal passion for the concert hall and the opera house. Mr. Jarvi is the Resident Conductor of the St. Louis Symphony and the Music Director of the St. Louis Symphony Youth Orchestra. He won the Bruno Walter Memorial Foundation Award in 2009 while the Associate Conductor of the Kansas City Symphony, and previously spent several years as the Conducting Fellow with Michael Tilson Thomas and the New World Symphony in Miami Beach, an Associate Conductor for New York City Opera at Lincoln Center, and Apprentice Conductor with the Washington National Opera at the Kennedy Center in Washington D.C.. In the Concert Hall At the age of 21, Steven traveled to Austria at the invitation of Claudio Abbado for observation and study with the maestro and the Berlin Philharmonic at the Salzburg Easter Festival. He was later selected by former New York Philharmonic Music Director, Kurt Masur, to appear on a concert with him in New York City as part of a week long master class. In 2005, as the Seiji Ozawa Conducting Fellow at the Tanglewood Music Center, Steven was one of two conductors selected to study under then Boston Symphony and Metropolitan Opera Music Director, James Levine, along with Kurt Masur, Stefan Asbury and Rafael Frühbeck de Burgos. While at Tanglewood, Jarvi conducted critically praised performances with the Tanglewood Music Center Orchestra, and the Mark Morris Dance Group. As the Resident Conductor of the St. Louis Symphony, Jarvi leads a wide range of events including the Live at Powell Hall concert series, Family and Educational concerts, and other selected classical events throughout the season. He also assists Music Director, David Robertson, and serves as the Music Director of the St. Louis Symphony Youth Orchestra. While Associate Conductor of the Kansas City Symphony, Jarvi led over 150 concerts and performed during the opening season of the Kaufmann Center for the Performing Arts. He made his Classical Series debut filling in on short notice with Violinst, Midori, as Music Director, Michael Stern awaited the birth of his second child. The following season, after studying in Vienna with principal members of the Vienna Philharmonic, Jarvi led a highly praised subscription weekend of Viennese music featuring pianist, Simone Dinnertstein. As a guest conductor, Mr. Jarvi has appeared in the U.S., Canada and Europe. Recent engagements include the St. Louis Symphony, Washington National Opera, Detroit Symphony, Edmonton Symphony, Rochester Philharmonic, Charleston Symphony, Las Vegas Philharmonic, Elgin Symphony, Windsor Symphony, Kalamazoo Symphony, Southwest Florida Symphony and Ensemble Modern in Frankfurt, Germany. He has served as a cover conductor for the Los Angeles Philharmonic at Disney Concert Hall and conducted the Helsinki Philharmonic as a competitor in the 3rd Sibelius International Conducting Competition in Helsinki, Finland. Jarvi has also performed with popular Grammy© Award-winners Idina Menzel, Art Garfunkel, Lyle Lovett, and Kenny G as well as frequent performances with Ben Folds. A frequent performer with the New World Symphony, Jarvi has shared subscription concerts in Miami Beach with Michael Tilson Thomas, Roberto Abbado, Mark Wigglesworth, Marin Alsop, and Alasdair Neale, conducted on the NWS Charles Ives: In Context Festival and lead their Concerts for Kids, Symphony with a Splash, and PULSE events. As an advocate of new music, he has collaborated with many celebrated composers including Philip Glass, Henri Dutilleux, John Adams, John Zorn, Augusta Read Thomas, Steven Mackey, Adam Schoenberg, Jennifer Higdon and Leon Kirchner; has conducted at Tanglewood’s Festival of Contemporary Music, and has led multiple performances at New York City Opera’s VOX Festival Showcasing American Composers. At the Opera House Mr. Jarvi was personally selected by Plácido Domingo to be the first conductor ever invited to be a member of the Domingo-Cafritz Young Artist Program at the Kennedy Center’s Washington National Opera. He frequently collaborates with many of the finest singers in the world and was Music Director of Winter Opera Saint Louis from 2010 to 2015. Steven has held conducting positions with the Washington National Opera, New York City Opera, Baltimore Lyric Opera, Opera Company of Brooklyn, Dell’Arte Opera Ensemble and Ash Lawn Opera Festival. Recent engagements include the world premiere of An American Soldier and Approaching Ali with Washington National Opera, Philip Glass' Orphée with Virginia Opera, Il Barbiere di Siviglia, Die Zauberflöte, La Boheme and Susannah with Ash Lawn Opera Festival, and La Traviata, The Ballad of Baby Doe, Tosca, Falstaff and Lucia di Lammermoor with Winter Opera Saint Louis. Jarvi will return to Ash Lawn Opera to conduct Madama Butterfly in 2015. Roots Raised in Grand Haven, Michigan, Steven Jarvi holds a Bachelor's degree in Music Theory from the University of Michigan where he studied with Kenneth Kiesler, Martin Katz and Jerry Blackstone, along with a Master's in Orchestral Conducting from the Peabody Institute of the Johns Hopkins University, where he studied with the legendary conducting pedagogue, Gustav Meier. Jarvi lives in Saint Louis with his wife, Joanne, and son, Noah. 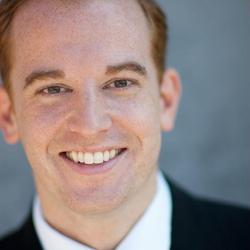 How I select programming by StevenJarvi almost 5 years ago
9945

Amsterdam by boat by StevenJarvi over 5 years ago
10055

Steven Jarvi - Coriolan Overture - NWS by StevenJarvi over 5 years ago