Quartet Tzigane was founded in 2011 by four young musicians passionate about chamber music. All had been in other ensembles under the tutelage of Tom Rosenberg, but it was their attraction to each other’s unique musical personalities that drew them together to explore the masterpieces of piano quartet repertoire. "Rondo alla Zingaresse" by Brahms was the first piece introduced to this young quartet. Its gypsy style, in addition to the almost nomadic lifestyle they had to adopt in order to rehearse, led them to the name Tzigane ("gypsy" in French). Their hard work and energetic spirit were rewarded with a performance on NPR's "From the Top" in March 2012 (Carmel, IN). They were the First Prize winners of the 2012 Saint Paul Chamber Orchestra's Youth Chamber Music Competition (St. Paul, MN), one of 12 semi-finalists in the 2012 Fischoff National Chamber Music Competition (South Bend, IN) and they received an Honorable Mention at the 2012 Discover National Chamber Music Competition (Ravinia, IL). Graydon Tope, age 16, a junior at Phillips Academy (Andover, MA), began playing violin at the age of three. She currently studies with Roksana Sudol (Andover, MA) and has studied with Nancy Lokken (Minneapolis, MN), Cathryn Lee (San Francisco, CA), and Helen Chang (Minneapolis, MN). As members of the Tupelo Trio, she and her sister, Parker, received an Honorable Mention in the 2008 Discover National Chamber Music Competition (Ravinia, IL). Graydon has performed in an ensemble with the Minnesota Orchestra's Young People’s Concerts (May 2010) and represented the Augsburg College Suzuki Program at the 7th International Music Festival “Pas” (Mexico, 2010). Parker Tope, age 14, an avid 9th grader at Phillips Academy (Andover, MA), began playing cello at the age of three. She currently studies both solo cello and chamber music with Tom Rosenberg (St. Paul, MN). She has previously studied with David Holmes (Minneapolis, MN) and Barbara Wampner (San Francisco, CA). Parker has twice been a winner of the Mary West Solo Competition (Minneapolis, MN) and was most recently the first prize winner in the Junior Strings division of the Schubert Club Young Artist Competition. She also enjoys singing and was recently cast in the Minnesota Opera’s production of “Werther." Sloane Wesloh, age 16, is a junior at Walnut Hill School for the Arts (Natick, MA), where she attends New England Conservatory's Preparatory School. She began studying violin at age five with Matthew Green of the New England Conservatory of Music (Boston, MA) and switched to viola after moving to Minnesota at age ten. She studies privately with Richard Marshall and previously studied with Elizabeth Cregan, Amy Mattakat and Lynn Basila. Sloane performed in the Minnesota Youth Symphonies from 2007-2012. She has won scholarships from the Schubert Club, Midwest Young Artists, Artaria Chamber Music School, Twin Cities Musicians Union, and the Ann Bancroft Foundation. Evren Ozel, age 13, an 8th grader at Clara Barton Open School, began studying piano at the age of three at MacPhail Center for Music (Minneapolis, MN) with Cindy Malmin. Since age eight, he has studied with Dr. Paul Wirth. He also studies theory and composition with Dr. Sarah Miller, and conducting with Courtney Lewis. Evren has won many honors in both composition and piano performance. He has played in live performance for dancers of the Sewell Ballet, and in solo performances with the Minnesota Orchestra, the Young Artist World Piano Festival Orchestra, and in April 2012 he performed with the Mississippi Valley Orchestra. 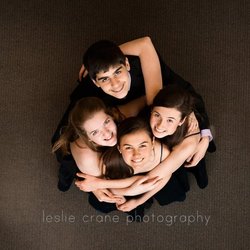