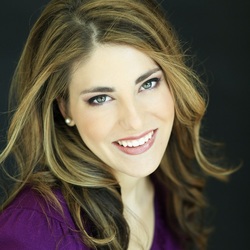 Soprano Lindsay Cunningham was named the Winner of the Singer’s Division in the 2015 Delta Symphony Orchestra Concerto Competition, has been a featured soloist with the Carroll Community Wind Ensemble, and was the soprano soloist in the world premiere of Daniel Elder’s Reproaches. In the Nashville area, Ms. Cunningham has presented Lori Laitman’s Orange Afternoon Lover and musical theatre excerpts from new works by Ryan Korell (Gay Card) and Madeline Myers (Legends and Lore). She was heard in the Taos Opera Institute Scenes Gala as Ilia in Idomeneo during her time as a TOI 2014 Young Artist. Ms. Cunningham collaborated with Vanderbilt University voice faculty in the 2014 Blair Concert Series, singing the role of Gilby in an excerpt from the new opera Roscoe by Evan Mack. This coming fall, Ms. Cunningham is thrilled to be making her Marble City Opera debut singing the role of Mitch in Ghosts of Crosstown. She will present a program entitled “All is Fair in Love and War” for the Link Centre’s Monthly Music Mix concert series; she will also be collaborating with marimbist, Alan Puglisi, on a Song of Solomon themed program. Lindsay Cunningham holds an M. M. degree from the University of Nevada, Las Vegas, where she was seen as Adina in L’elisir d’amore, Najade in Ariadne auf Naxos, and as Sister Genevieve in Suor Angelica with the UNLV Opera Theater. She was also the featured soloist in Rutter’s Requiem in the Las Vegas area and a Masterclass finalist at the 2014 National Opera Association Convention. Ms. Cunningham holds a B.M. degree from the Blair School of Music at Vanderbilt University. She sang the role of Cherubino in Le nozze di Figaro with Vanderbilt Opera Theatre, and was the soloist in David Child’s Requiem with the Vanderbilt Orchestra and Choir. In 2013, Ms. Cunningham was a Young Artist with the Druid City Opera Workshop in Tuscaloosa, Alabama where she was heard in scenes performances as Casilda in The Gondoliers and Nanetta in Falstaff. Additional experience includes musical study with the IES program in Vienna, Austria, and the University of Miami in Salzburg, Austria program.