9187
Jada
by Rockinorgan
almost 6 years ago

9148
Bourree
by Rockinorgan
almost 6 years ago

9100
Lovin' Caroline
by Rockinorgan
about 6 years ago 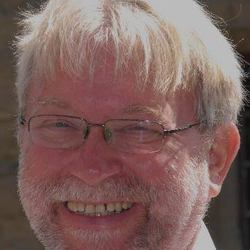 Conductor and Organist Friedemann Stihler has conducted choirs throughout Europe and North America for over thirty years. His choirs have appeared in every major European city and have received awards and honors at festivals from Charleston to Prague, Toronto to Vienna. Based in Mannheim, Germany, he is a teacher and church musician, and appears frequently as organ recitalist. Mr. Stihler’s current program, “From Mozart to Mercury”, has brought joy to audiences in Germany and Ireland and features classical composers Charpentier, Handel, Mozart, Bach and Gershwin inter spliced with rock classics such as Freddie Mercury and Queen, Percy Sledge and Lennon and McCartney. The mix of rock, pop, and classics is brilliant, beautiful, rousing and uplifting in equal measure, and is a unique and wonderful use of the King of Instruments.